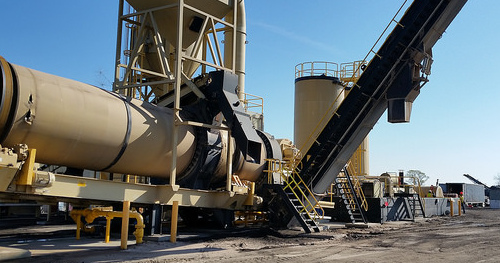 John G. Walton Construction Company located in Mobile, Alabama successfully started running Evotherm this spring. Since this was their first trial, they ran it on private work. Evotherm was introduced directly at the mix plant through their existing liquid anti-strip system. Production temperatures started around 300 F, which was approximately 15-20 F degrees lower than their traditional mix.  The aesthetics, texture and richness of the mixture also improved along with consistent densities and increased production rates.

Since this initial work, John G. Walton has converted several ALDOT mixes and have stopped using liquid anti strip from the terminals. They have reduced temperatures to the 280-290 range and have improved production rates.