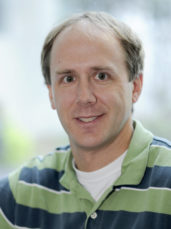 
Jason received his Doctor of Philosophy degree in Civil Engineering from Iowa State University with a specialization in asphalt materials in 2006. Prior to joining to Ingevity in 2010, he worked for Naval Facilities Engineering Service Center (NAVFAC ESC) where he helped manage the airfields pavement program for the Navy and Marine Corp. Prior to joining the Navy, he worked as a product development engineer for SemMaterials. At SemMaterials, research and development was focused on new products and optimization of existing products using advanced mix design procedures and materials characterization testing. At Ingevity, he currently manages the performance testing laboratory which is used to create new products for highway construction applications. His work is documented in numerous journal publications, conference proceedings, and presentations. 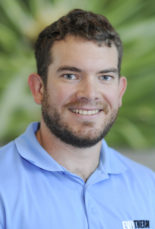 
Ryan Joined the Evotherm team in January 2012. As a Field and Application Specialist it is his job to travel across the United States providing technical support for Ingevity’s Evotherm warm mix technology. Ryan holds a bachelor’s degree in History from North Carolina State University. Prior to Joining Ingevity Ryan worked in quality control for a paving contractor in Charlotte, North Carolina. Ryan is certified as an asphalt roadway technician and in asphalt mix design in multiple states as well as being certified in Superpave mix design by National Center for Asphalt Technology (NCAT). Ryan’s experience includes working on Interstate Highways, airports, as well as smaller DOT or commercial projects.


Lance is currently the Evotherm Technical Marketing Manager for the Southeast United States. He joined Ingevity in January 2011. Lance has over 12 years of asphalt industry experience. Prior to joining Ingevity, Lance worked for Shell Oil Products US, SEM Group, and Koch Industries, and has lived in six cities over the last twelve years. Lance attended Baylor University and the University of Oklahoma earning a BBA in Economics and Marketing. He currently resides in Charleston, South Carolina with his wife and son.


Will joined Ingevity’s Chemical Plant in 2010. There he was involved in all of operations of chemical manufacturing and shipping. He later transferred to the Evotherm Technical Support Team. His role as an Applications Specialist is to implement pump systems and provide quality control on site. Will graduated from the Citadel with a BS in Business and is a proud member of the United States Marine Corps. 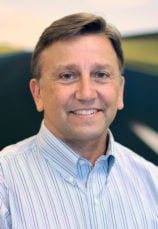 
Everett joined Ingevity in 1985 after graduating with his PhD from the Georgia Institute of Technology. As technology development director for Ingevity, Everett oversees the company’s new product and technology development efforts worldwide. Over his 24-year career, Everett has led numerous research and development programs to create new emulsifier and additive products for maintenance, rehabilitation, and construction applications. He has worked in virgin cold mix and grave applications to construct emulsion-based, load bearing pavements in the United States and Europe. In 2003, Everett organized and led the U.S. technical team which developed the Evotherm® Warm-Mix Asphalt technology. In recent years, he has worked with Ingevity teams in China, India, and Europe to develop Evotherm in those regions. His work is documented in numerous publications, presentations, and patents. 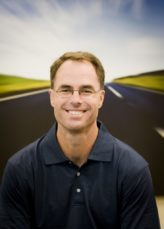 
Dean began his career as a process engineer with Lockwood Greene Engineering in Spartanburg, South Carolina. He joined Ingevity in September of 2008 and is a sales manager on the Ingevity team. Prior to joining Ingevity, Dean held positions with Morton International, Vesicol Chemical (now Eastman) and Uniqema (now Croda). Dean holds a BS in chemical engineering and an MBA from the University of South Carolina.


Jason has over 17 years experience in the asphalt industry. For the past four years he has been involved with Ingevity’s Evotherm technology and instrumental in moving the product from the initial field demonstration trials to ongoing commercial successes. Before joining Ingevity, Jason was in asphalt quality control in the Chicago area for 13 years. He is certified in asphalt quality control, asphalt mix designs, nuclear gauge field density, and PCC concrete testing. Jason has managed projects on state DOT roads, federal highways, tollways, airports, county and city roads, and commercial projects. Basically, anywhere asphalt can be placed, Jason has been there. Above all, his favorite job sites are near good hunting and fishing areas!


Jenna received her Master of Science degree in Civil Engineering from Auburn University. During her time at Auburn, she conducted graduate research at the National Center for Asphalt Technology, working under Dr. Randy West. Her research included characterizing RAP binder through non-solvent methods, as well as analyzing and comparing pavement distresses between virgin and high RAP pavements as observed in the Long Term Pavement Performance project. In 2010, Jenna joined Ingevity Asphalt Innovations as a research engineer, working in their central research facility in Charleston, SC. In her current position, Jenna works in the development and commercialization of new Evotherm products for warm mix asphalt, as well as adhesion promoters in hot mix applications. Her project responsibilities also involve extensive customer support, both in the laboratory and in the field. 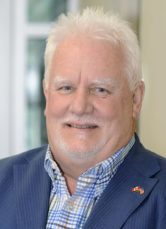 
Mike has been working with Ingevity as a consultant since the inception of Evotherm. He has been involved in the asphalt industry for 38 years working with Texas Emulsions, Southwest Emulsions, Elf Asphalt and Koch Industries. Mike is actively involved with several national organizations, Asphalt Institute, NAPA, and AEMA. He isin the board of directors of Asphalt Pavement Alliance, Transportation research Information Program and the Rocky Mountain Asphalt User Producer Group. 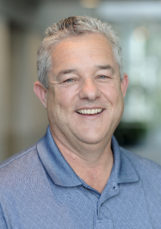 
Bryan is Ingevity's Technical Marketing Manager for Evotherm in the Northeastern US and Canada. Bryan has over 30 years of experience in the asphalt industry including sales, quality control, operations of production and material laydown. He's an active member of the National Asphalt Pavement Association, serving on the Board of Directors from 1994 to 2004, as well as on the NCAT Board of Directors from 2002 to 2004.