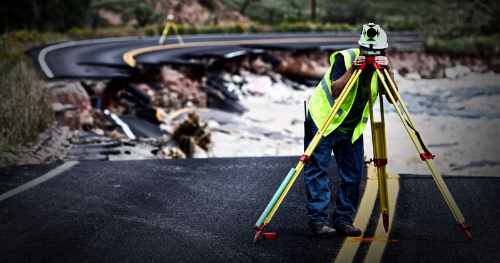 Colorado's September 2013 Flood Response is one of top 10 projects selected for the 2014 America's Transportation Awards competition sponsored by the American Association of State Highway and Transportation Officials, AAA, and the U.S. Chamber of Commerce. "These 10 remaining projects are the best of the best," said Bud Wright, AASHTO executive director. "This competition recognizes excellence in project delivery. It's about saving time and taxpayers' money and improving the ability of people, manufacturers, farmers and service providers to move themselves and their goods, reliably, every day."
The nation will decide through online voting which of the projects will receive the People's Choice Award. A panel of experts will select the Grand Prize winner. Online voting begans Sept. 8, and will continue through Friday, Oct. 24, at http://AmericasTransportationAwards.org. Individuals are welcome to vote up to 10 times per day for their favorite projects.
Colorado Department of Transportation's $50 million quick and efficient response to damage caused by the major September 2013 floods greatly improved the lives of state residents. CDOT coordinated with the National Guard, local leaders and residents, and private contractors to reopen the last of the closed roadways in December 2013, just 10 weeks after the catastrophic event. You can learn more about Evotherm's involvement in the project here.
The Grand Prize and People's Choice award winners will each earn a $10,000 donation from AASHTO on behalf of the winning state DOT to a charity or scholarship fund of its choosing. Both awards will be presented Nov. 23 at the AASHTO Annual Meeting in Charlotte.
Author: Jonathan MacIver.