If the word “trailblazer” is defined as “pioneer or innovator,” then the City of Casselberry, Florida, certainly fits the bill. For several years, Casselberry has had a goal of being a truly “green” city. In this vein, the city developed a city-wide road improvement program that would allow roads to be paved at the lowest possible temperatures in order to minimize their carbon footprint. 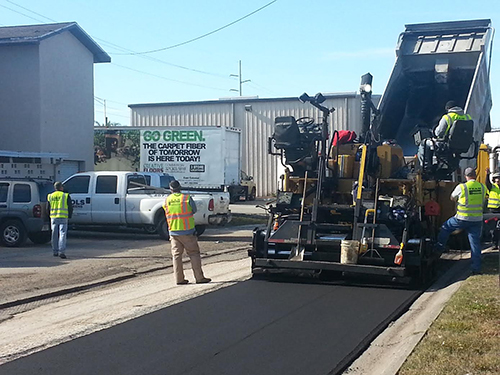 In early 2013, the City of Casselberry developed its own specification for warm mix asphalt pavement (CASB 334), based on the Florida Department of Transportation’s (FDOT) specification, but tailored to better suit projects of the size and nature of the local government. This made the city the first in the state to require the use of WMA instead of HMA for its large public road rehabilitation projects. Kelly Brock, Assistant Public Works Director and City Engineer for the City of Casselberry, explains: “We now have the benefit of saving energy, reducing emissions and improving working conditions, compaction and pavement longevity.”

The city’s first project using this WMA specification in 2013 was a milling and resurfacing area of approximately eight miles. Kelly Brock continues: “Since then, another seven miles of road rehabilitation and reconstruction have been completed with WMA, for a total of 15 miles through April of 2016. It’s a total of more than 20,000 tons of WMA.”

Today, the city has been awarded Honorable Mention for the 2016 Clean Air Award from the Central Florida Clean Air Team. City of Casselberry, blaze on!