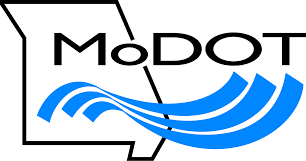 “Missouri State Route 8 is a great recycling story,” explained Vicki Woods, P.E. and  technical marketing at Ingevity. “We were able to use a combination of RAP and RAS that gave us an effective binder replacement of over 40 percent on 25,000 tons of mix. NB West worked with the Missouri Department of Transportation (MODOT) to develop a mix design and binder testing protocol to meet their binder requirements for high reclaimed mixes.”

Over 30 states report that more than 20 percent of their total mix tonnage is composed of recycled materials. And the trend of high RAP/RAS mixtures continues to grow. Even the FHWA supports and promotes the use of recycled highway materials as an environmentally responsible way to stretch limited transportation funding dollars.

Any producer or contractor who has tried to use high amounts of recycled material in their mixtures knows the importance of maximizing the performance of the resulting binder. Ingevity developed Evoflex® to help customers maximize recycled binder performance.

How can Evoflex work for producers and contractors? Evoflex can offset the potential negative impact of increasing the use of highly oxidized materials. As producers and contractors add greater amounts of reclaimed materials, Evoflex helps maintain the flexibility and low-temperature crack resistance of the mixture. Missouri is a stellar example of a state where Evoflex is transforming recycled mixes.

For mixes with binder replacement that exceeds 30 percent, the DOT requires evaluation of the mix. The in-place binder performance grade (PG) testing under the AASHTO Multiple Stress Creep Recovery (MSCR) specification includes RTFO and PAV aging of the virgin binder when combined with the recycled binder. The use of Evoflex and Evotherm with these mixes allowed NB West to provide an in-place binder that met the specification on Missouri’s Route 8.

“The farthest point of the project from the plant was near an hour and a half away,” reported Joe Schroer who works in construction materials engineering for NB West. “The combination of Evoflex and Evotherm allowed us to extend the length of the haul from our plant and still achieve the required density.” Mix designs developed around in-place binders have also been successfully used on other projects.

“Interstate 44 in St. Louis County was another incredible project,” noted Woods. “Contractors NB West and Fred Weber partnered to deliver over 50,000 tons of high RAP Superpave mix using Evoflex. This put them into a bonus payment situation on the contract for stripping resistance and volumetrics.”

“At NB West, we have been using Evotherm in almost every mix that we produce in Missouri since 2009,” said Steve Jackson, management for NB West. “We use it as a compaction aid and to lower our production temperatures at the plant. Evoflex has given us another tool to increase the utilization of reclaimed materials.”