Fiberless for the future 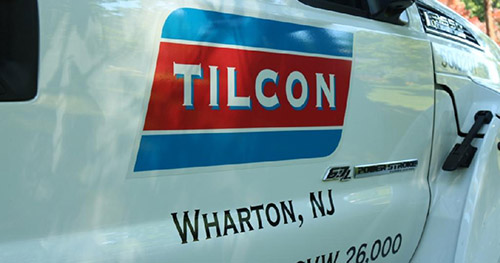 At about this time every year, bright minds at the New Jersey division of Tilcon New York, Inc., based in Wharton, are contemplating the coming year. The Tilcon team has devoted a great deal of time and energy in becoming a regional leader that develops the newest technologies from their Mount Hope laboratory facility, which are then verified by the New Jersey Department of Transportation. One such technology involving Ingevity’s Evotherm® WMA technology in a fiberless stone matrix asphalt (SMA) mix was used in early summer of 2016 on Route 80 in N.J.

Aleksandra Rogozinski, Quality Control Supervisor with Tilcon in Wharton, N.J., explains: “At the end of 2015, our technicians in the lab, Peter Truncale and Brian Dailey, were experimenting with a winter design using no fibers. In the past, we had traditionally used SMA with fibers. Our team was evaluating a fiberless mix mainly because the fibers and filler are costly.” While still above the NJDOT minimum requirement of 6% liquid AC, Tilcon’s new design decreased the filler content by nearly two percent and the asphalt cement (AC) content by 0.4 percent – significantly reducing the cost of the mix.  Aleksandra continues: “There were concerns about whether the mix would hold together. But what we found is that this fiberless mix performed similarly to the traditional SMA.”

SMA’s commonly use polymer-modified asphalt at elevated loadings.  The production and placement temperatures needed to successfully place a conventional SMA project can result in asphalt drain down and fat spots in the pavement.  Fibers are used to reduce this problem. Using Evotherm WMA technology, Tilcon is able to reduce their production and placement temperatures. The reduced temperature enabled by using Evotherm results in a higher binder viscosity. The higher binder viscosity is less prone to drain down.  In fact, if one can reduce the temperatures enough, fibers can be eliminated entirely.

“The contractor on the Route 80 job was originally hesitant to use this mix,” explains Aleksandra. “But after seeing these kinds of results, they’ve committed to no longer use traditional SMA. Their product of choice is a fiberless mix using Evotherm.”

What does your fiberless mix of the future look like?