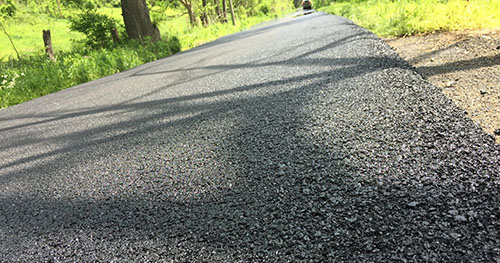 Every spring, asphalt industry leaders attend a “Maximizing Value With Evotherm®” seminar hosted by members of the Ingevity pavement technologies team. This year, leaders from the Allen Company Inc. (Allen) attended the seminar and decided to take Evotherm’s value back to Lexington, Kentucky, where their asphalt plants and quarries are located. From the topics presented and the contractor testimonies at the seminar, Grant Gabbard, Vice President at Allen, was keen to analyze Evotherm’s ability to lower production temperatures and increase workability and compaction.

Today, Allen includes Evotherm in a majority of the mixes they produce. So how did a company with no prior history with Evotherm jump into using it daily? Ingevity’s field engineering team has a great deal to do with this transition.

Allen’s ability to get up and running with Evotherm so quickly was due in large part to Ingevity’s field engineering team. Adam Schaefer, Ingevity field applications engineer, was onsite to install and calibrate Evotherm pump-tank delivery systems at Allen’s mix plants.

“We knew it was important to help Allen get their pumps up and running as quickly as possible,” explained Ingevity’s Schaefer. “We got one unit tied into the control system in their Richmond plant. It was really an Allen-Ingevity team effort. They ran wiring in the plant while we installed the control white box up in the tower.”

And what happened next? “We just watched production temperatures drop,” said Brandon Watson who’s in quality control with Allen. “At the paver, I watched workers shovel, scatter, rake and handwork the mix at 260F. It acted just like a 330F mix.”

What about an increase in the recycled content of the mix? Again, Allen’s Watson reported: “We ran a RAP HMA without any additive. The crew seemed ok with the mix but had the general complaints of the mix being very tender at the breakdown rollers which was most likely due to thin subgrade. The next day we ran a RAP-with-Evotherm mix. After we dropped the temperature to around 255F at the truck, the crew never noticed. They commented about how the mix was working very well and has been a lot better. They shoveled, raked and filled holes, and it performed the same as the 330F mix.

“We were impressed by the workability as well,” commented Adam Holt, director of quality control at Allen. “One of the men raking the mix noted how much better the mix was doing and how much blacker and shinier it is now. You can visually see how a 10 percent increase in RAP mix with Evotherm looks and performs better. And the handwork that normally leaves a shadow compacted very well and disappeared. It didn’t stick to the workers’ tools or in the bed of the trucks. The cooler mix temperatures made the environment around the paver a lot better.”

“Since we decided to jump into warm mix with Evotherm, we’ve been incredibly pleased with the product and the service,” explained Allen’s Gabbard. “Both management and the crews are happy. Evotherm is like a new form of insurance for us; It’s removed our chances of getting penalized.”