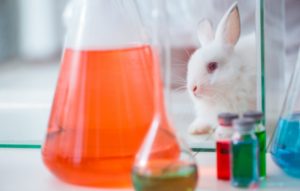 We know that ethical concerns exist with regards to animal testing, but there are also concerns around the utilization of animals for medical research being ineffective and unreliable. To reduce, and eventually phase out, the use of vertebrate animals in chemical testing, the 2016 Toxic Substances Control Act (TSCA) reform legislation called the EPA to implement changes to its rules and regulations. In response, earlier this month, the EPA released its draft strategic plan to promote the development and implementation of alternative test methods.

The organizing framework for the EPA’s strategy relies heavily on new approach methodologies (NAMs), a broad reference to any nonanimal technology, methodology or approach that can be used to provide information on chemical hazard and risk assessment. This will lessen the need for vertebrate testing in the areas of chemical development and medical experimentation.

Why should you care? Updated for the first time in 20 years, the revised TSCA is a scientific milestone that will affect all future R&D efforts when it comes to chemical testing. It’s important to be aware of the new methods and approaches as we look to the future.

The Agency is currently accepting public comments on the draft and will hold an all-day meeting in Washington, D.C., on April 10, 2018, to garner more public insight. Read more about the EPA’s strategic plan draft here.

Learn more about industry events Ingevity's MWF team will be attending this year.